The North Carolina section of the Southeast Coast Saltwater Paddling Trail extends approximately 300 miles from the Little River on South Carolina border to the North Landing River at the Virginia border. The North Carolina coast contains a variety of paddling experiences from large open water in the sounds, between the mainland and the Outer Banks, to protected saltwater marshes that hug the coastline. There are many natural and cultural features to explore. The famous Outer Banks and two National Seashores, Cape Lookout and Cape Hatteras, make up a large part of the trail. The Intracoastal Waterway overlaps with the trail in several of the segments. As in the other states, the North Carolina section is greatly influenced by tidal changes. Especially in the sounds and at the confluence of the rivers and the coast, the tidal changes can be very significant. The North Carolina coast can be divided into four sections, based on the outline caused by the bights, or curves, and the barrier islands. 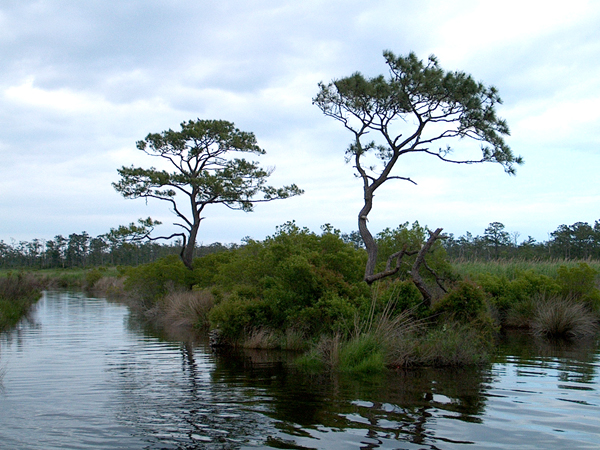 This 45 mile section of the North Carolina coast is known as the Brunswick Islands, a combination of 5 barrier islands, 6 beaches, and 3 mainland towns.  These short barrier islands hug the coast and create protected back-barrier estuaries connected to the ocean by three inlets.   The beaches are south facing, due to the curve of the coastline.  Calabash, at the southern end, Shallotte in the middle, and Southport at Cape Fear, are all small towns along this section.  The mouth of the Cape Fear River is at Southport and creates the Cape Fear Inlet.  The paddling trail is on the inland side of the islands and follows the Intracoastal Waterway for some of the distance.

Wilmington is on a cone-shaped peninsula created by the Cape Fear River.  Across the peninsula on the Atlantic side is Wrightsville Beach.  South of Kure Beach is the Fort Fisher State Recreation Area.  The North Carolina Aquarium is located at Fort Fisher.  North of Wrightsville Beach past the Topsail Inlet, a 26-mile long barrier island consists of three towns; Topsail Beach, Surf City and North Topsail Beach.   The Intracoastal Waterway passes Camp Lejeune Marine Base north of the New River Inlet.   Hammocks Beach State Park is on Bear Island.  Bogue Banks, a 25.4 mile long barrier island creates the Bogue Sound.  Bogue Banks extends from Bogue Inlet to Shackleford Banks.  Fort Macon State Park is at the eastern end of the barrier island.  The Shackleford ponies run wild on the island.  Beaufort and Morehead City are on the mainland across from Bogue Sound.

The long barrier islands that form the famous Outer Banks are several miles across the open water of the Albermarle-Pamlico Sound.  Closest in is the hook of Cape Lookout.  As the islands extend north they are more and more distant from the mainland.  The lighthouse on Cape Lookout in the Cape Lookout National Seashore  is most recognized for its large black and white diamond design. Originally rejected by 19th century mariners, her structure was later used as the model for future Outer Banks Lighthouses.  The oldest still-operating lighthouse in North Carolina is on Ocracoke Island. The whitewashed lighthouse is one of the nation’s five oldest still-active facilities. At Buxton, Cape Hatteras Lighthouse is located in the Cape Hatteras National Seashore. As the nation’s tallest and most recognizable lighthouse, it is commonly referred to as “America’s Lighthouse”.  The small beach villages between the Capes each have their own unique character and are summer traditions for many families. 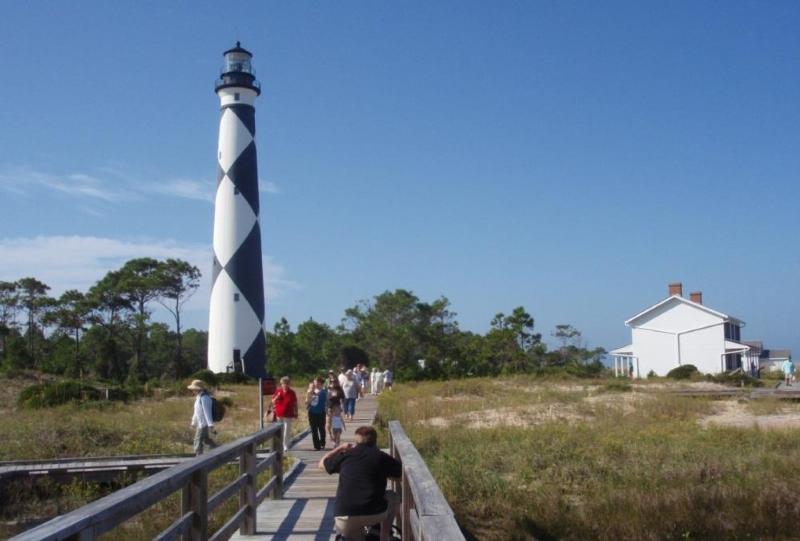 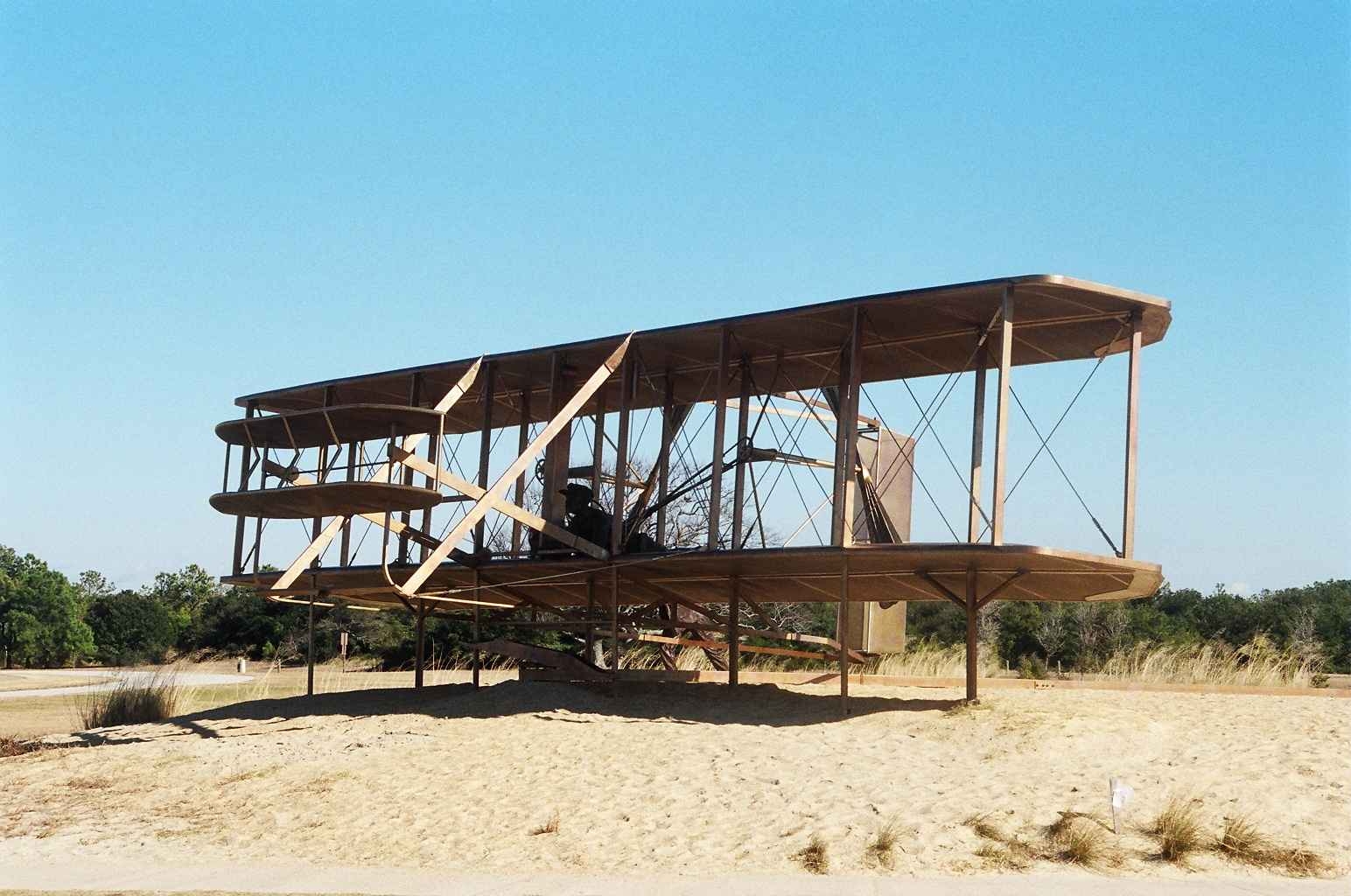